Affirmations sure do feel dumb sometimes.  Learn 5 hacks to make them work for you. 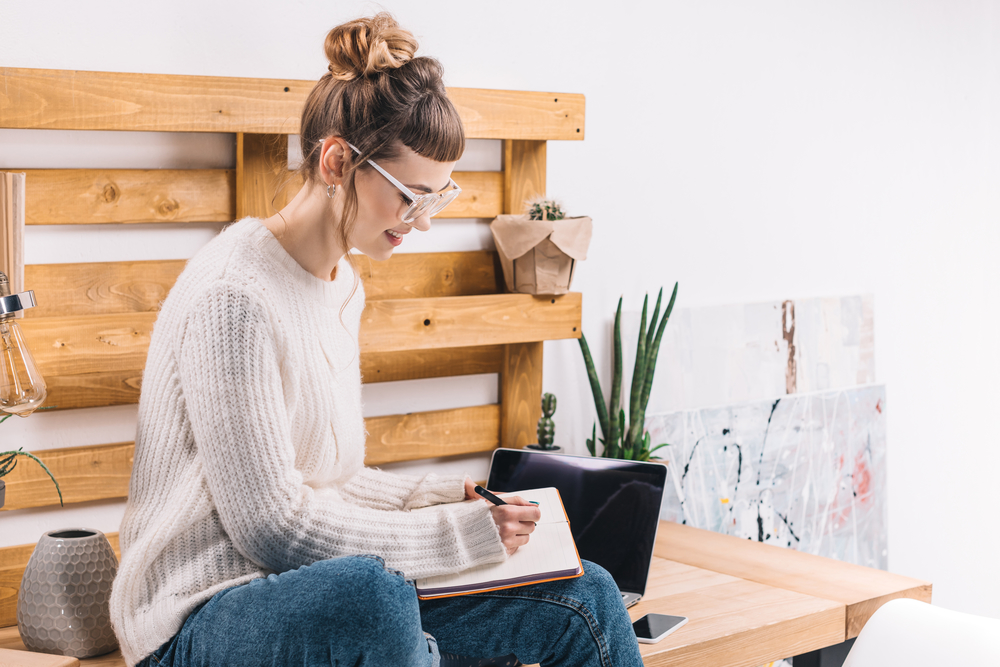 Repeating things to yourself like, “I’m good enough,” “People like me,” or “I’m awesome” may be easy for some.

But for others, it can feel downright embarrassing.

However, they seemed to have worked for a great number of famous people.

Perhaps the most famous example of affirmations that worked is by the cartoonist, Scott Adams, creator of Dilbert.

He took a hypnosis class, and a woman in the class told him he needed to write down his goals 15 times every single day.

He took her advice, and here is what he manifested through the the simple act of affirmations he wrote about in this book:

You’ve no doubt heard of the Dilbert cartoon, so yes that affirmation came astoundingly true.

Pam Grout, the #1 New York Times best-selling writer, did the same thing. “I, Pam Grout, am a great writer.”

She wrote that over and over again, and it came true.

I remember hearing an interview with the chef, Barbara Lynch, years ago, where she said over and over again, “I will have my own restaurant.”

She said it so much that it eventually had to happen. And it did. She now has 8 restaurants in Boston.

Can it work for you?

Could you really just repeat, repeat, and write down affirmations over and over again to make your dreams come true?

Do I have one yet?

Ok, here’s the thing.  Affirmations of any kind don’t work unless you really believe them.

If you don’t believe them, the idea is that by repeating them often, you will train your mind to think they are true and believe them.

Writing the affirmation itself just becomes a mechanical exercise, a reminder.

5 Hacks to MAKE Affirmations Work for You

#1 Use the present tense

Start with I am.  This reinforces the feeling that you already have the goal you want to achieve.

Write the affirmation by hand or on the computer.

You could also say them to yourself.

However, if you choose to physically write, the act of getting your body into the motion and creating a paper trail you can look at later can be very powerful too.

As you’re writing the affirmation, believe it and feel it.

Make the body and mind work together.

Imagine it, and think about it all day.

Writing it down 15 times a day is just one aspect of this whole ordeal.

#5 Repeat for at least 6 months

According to the Dilbert creator, you need to do the affirmations for at least 6 months to have any effect.

That sure does seem like a long time. But how bad do you really want your goal?

In the grand scheme of a grand goal, 6 months is really not very long at all.

Should you decorate your house with affirmations?

That’s what they say.  Write post-its and stick them all over your house.  Put them on the mirror and on your doors, on the refrigerator door, and next to the cat food.  Just be ok with other people seeing them if a random house guest decides to appear.

Can you change your life in just 5 minutes per day?

Five minutes is about all it takes to write one affirmation 15 times.

It actually takes less than 5 minutes if you write fast.

Here is how long it took me:

Typing an affirmation 15 times on the computer: 2 minutes, 4 seconds

If it takes less than 5 minutes a day, then it’s worth a shot.

However, the key is to be consistent and actually do them everyday.

Can you commit to affirmations for 6 months?

Six months is short for a relationship, so writing affirmations for 6 months should be easy.

So what is the thing that you wish for yourself?

In your deepest, darkest moments, what is it that you wish you really had?  Are you willing to say it?

Do you want it bad enough that you can commit to repeating it and writing it down 15 times a day?

How to write an affirmation

For the next 6 months, here is what I’ll be doing:

Hey, girl hey! In addition to being on track to die alone, I'm usually thinking about what I should eat and WTF I'm going to do with my life. Is it happy hour yet? Read More…

friedchickenslut.com is a participant in the Amazon Services LLC Associates Program.  Links to Amazon.com may be included as part of the affiliate advertising program to earn advertising fees at no extra cost to you.